So I've decided to grow a beard.  This is because I am awesome and all awesome people ever have had beards.
Witness:
Chuck Norris! 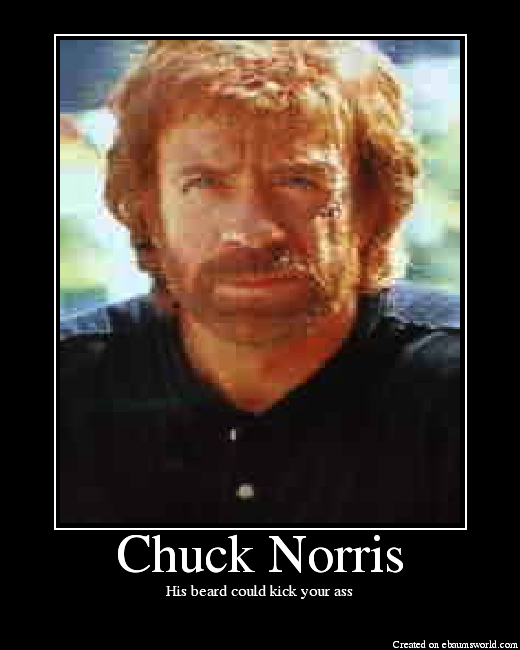 The question that lurks in my mind is what comes first, the beard or the awesome?  Chuck Norris was born with a beard, the other guy is an enigma, which leaves Lindsey Stirling.  I've seen images of her without a beard before, but I'm pretty sure they've all been Photoshopped because beards aren't considered very feminine.  Either that or she has an ethereal beard of the spirit realm that manifests through will alone and only to those worthy of seeing it.  And no, I don't know why there are two overlapping mustaches above her right eye...

Based on the fact that polar bears are only in the North Pole, I posit that "beard" and "awesome" are in fact one and the same and that neither beget the other.  One can thereby rationally conclude that anyone who is awesome must also have a beard and that if one hasn't a beard than one is not awesome.  As such while it is ostensibly true that I have not had a beard it must in fact be a fallacy and indeed I have actually always had a beard, though it has not been made manifest in the physical universe.

It is possibly the manifestation of my beard in this mortal realm will also signify the coming apocalypse of 2012, or perhaps instigate it.  This would be unfortunate, but is a risk I am willing to take.

If there is a plague of locusts descending o'er the laannddd shortly, I apologise.

Now if you'll excuse me for a moment... I have to grow a beard.
Penny Arcade! 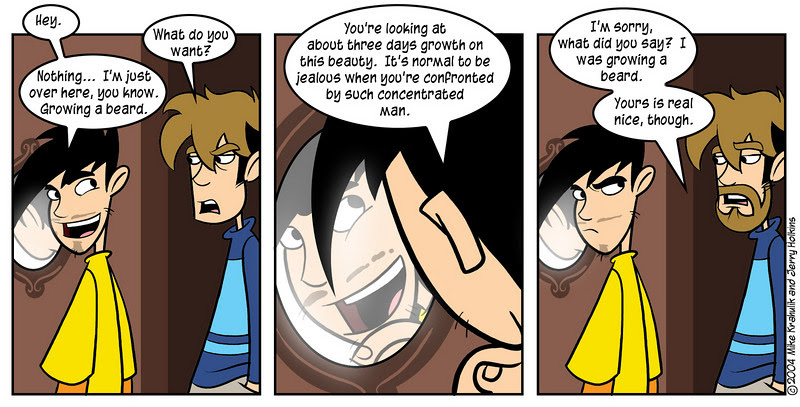